San Francisco City’s population continues to grow at over 874,000, although that’s puny compared to, say, New York City’s 8 million. Some attribute it to the fact that it’s not the most affordable place to live in, although many stay because the pros outweigh the cons. People here like that it’s cosmopolitan, at ease with tourists and transplants and where food selections are just as diverse.

Below are the many quirks of San Francisco — and how newcomers and California Corporate Housing’s guests have come to appreciate it like the locals.

Only tourists go to landmarks and take cable cars

True, many of the offices are not exactly in tourist attractions unlike New York where the likes of Microsoft and The New York Times are in the center of Times Square. Here in San Francisco, there’s no need to compete for the right of way when the tourists are mostly concentrated in Union Square, the Golden Gate Bridge or the Palace of Fine Arts, which are way outside of the busiest areas. It’s also a known fact that Silicon Valley or Palo Alto at least is 33 miles away from the city.

Are San Franciscans more polite than New Yorkers? In New York and other cities, it’s free for all when the trains reach the platform. In fairness, the trains in New York don’t have a designated spot where to stop whereas the Bart trains in San Francisco do. Thus, the queue that seems to indicate politeness, although Californians everywhere seem to be more chill in general. There’s another train system called the MUNI but that one and the more popular Bart systems don’t connect to each other. 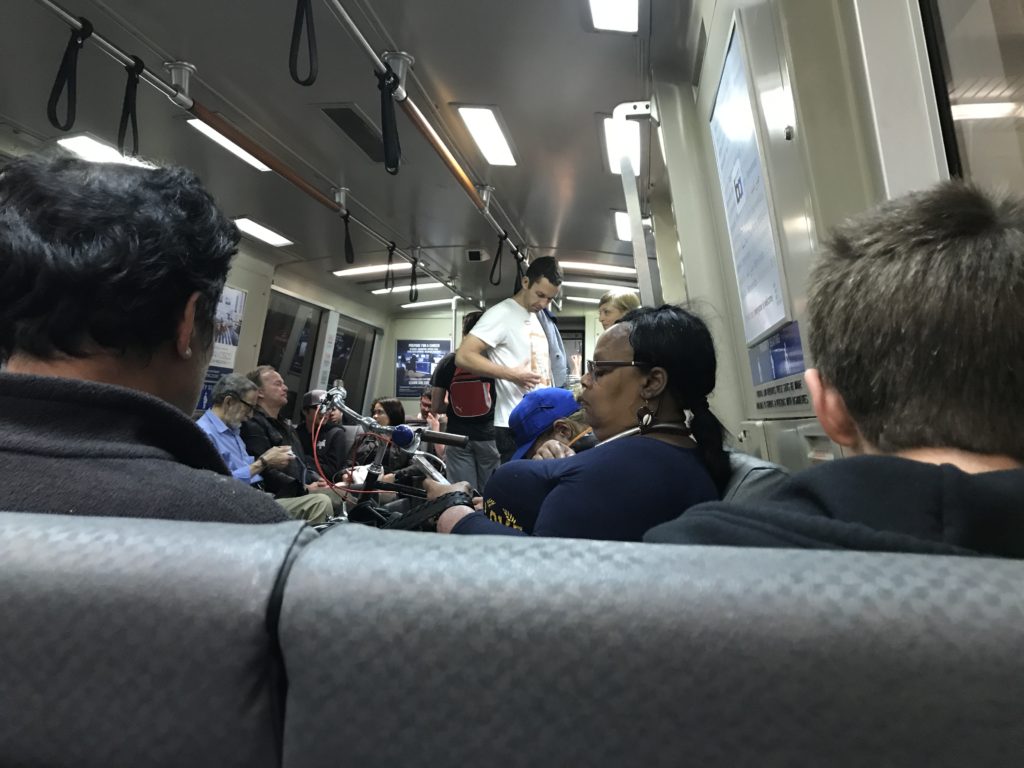 Foggy? Chilly? Or hot? All in one day. Layer is the word

One thing that makes this city different from every US city? The fog. It’s there all the time. It can make days on end chilly, although it’s also common to experience a 20-degree Fahrenheit change throughout the day. Layering is the secret here. There’s no need to carry a heavy jacket or wear a long trench coat because temps don’t really go down 40 F degrees. Just keep it simple and light. Put a light sweater on. Add one more when it gets chilly. Add another when the sun goes down. Shorts weather is rare throughout the day. For good measure, bring extra pants.

Know the correct pronunciation and spelling of places

It may be spelled Fisherman’s Wharf but the locals tend to pronounce it Fishermen’s Wharf. The park in the Presidio, Crissy Field, is often misspelled with an a H. It’s named after Major. Dana Crissy and was a popular former airfield back in its day.

When it’s finally warm out, June to August, residents make their way to the closest park for those long sit-downs. There’s one where everyone likes to go to: Dolores. It offers a breathtaking view of the hilly city. Sensible shoes are needed to walk there. And yes, it’s uphill everywhere unless you’re coming down to Union Square. There are so many parks to mention here. To see the Golden Gate Bridge from the beaten path, walk to Crissy Field, then hike past Fort Point under the Golden Gate Bridge. Enjoy the view.

Latest From Our Blog